skip to main | skip to sidebar

"The ultimate constraint that we all face is knowledge -- what we know and don't know. The knowledge problem is pervasive and by no means trivial as hinted at by just a few examples. You've purchased a house. Was it the best deal you could have gotten? Was there some other house you could have purchased that 10 years later would not have needed extensive repairs or was in a community with more likeable neighbors and a better environment for your children? What about the person you married? Was there another person who would have made for a more pleasing spouse? Though these are important questions, the most intelligent answer you can give to all of them is: "I don't know."

"I have two major criticisms of this book. The first is that Sen has not updated his model of the individual or his critique of the neoclassical model of economic man since his important contributions of thirty or forty years ago. You would not discover by reading this book that there has been a virtual revolution in economic thought concerning human nature starting in the 1980's with behavioral game theory, experimental economics, and more recently, neuroeconomics. We can now go far beyond Sen's rather diffident and anemic argument that people are not always completely selfish. Perhaps Sen considers this new research deficient in some way. Or, perhaps such empirical findings do not belong in the same league as the venerable Western and Indian philosophers he quotes so liberally. We simply do not know what Sen thinks about this, or what his motives were to ignore this rich vein of research of obvious relevance to his argument.
My second problem is a bit more fundamental. I am extremely skeptical concerning the whole approach to justice that has dominated analytical philosophy since Rawls' seminal A Theory of Justice. Sen critiques John Rawls, Ronald Dworkin, G. A. Cohen and other left-liberal thinkers on grounds of the impossibility of perfect justice. However, the real problem with these thinkers is that they believe justice is a matter of the distribution of wealth and income. This is not at all what justice means to most voters and citizens, who rather follow Robert Nozick in believing that justice consists in individuals getting that to which they are entitled by virtue of legitimate production, exchange, and inheritance. Serious thinkers must find the idea that ideal justice consists of complete social equality to be deeply repugnant.

In this view, justice is not fairness at all. Nevertheless, we can accept an entitlement view of justice and yet recognize that poverty, not some abstract inequality of income and wealth, is a real enemy of social wellbeing, not because it is unfair but because it is a preventable disease, like malaria, that we should not permit to inflict the young and innocent. Full social equality, then, is not a lamentable unattainable ideal state, but rather a thankfully unattainable monstrosity because it presupposes the absence of personal accountability and effectivity.

"be wary of the notion that smart people can solve any problem if they just try hard enough."

"During the long boom period, 1945-73, there was high sustained economic growth, particularly in France, Germany, and Italy, which were then the economic motors of Western Europe. Over those years, practices developed of essentially bribing the workers. This had a clear political background. The European right was politically discredited by its association with fascism (except for in Britain, which hadn’t had collaboration). The left, and particularly the far left, was discredited because of its association with communism. In country after country, there was a leftward move, an alliance between Christian Democratic parties, with the emphasis on democracy and Christianity and a social welfare model, rather than the traditional pro-business conservative policies of the American Republicans of the 1950s-60s, let alone the blood-and-soil rightwing fascism of the type of many interwar political parties.
These parties established pro-labor social welfare policies in an effort to woo organized labor away from the left, and in particular away from communism. This was also the nature of the social welfarism that the Catholic Church strongly pushed in the 1950s-60s in Christian Democratic parties. Christian Democrats dominated Italy in what was in effect a one-party state in that period; they were extraordinarily influential in Germany, the Benelux countries, and France.
A series of social models were established in which, in effect, the real cost of providing high levels of social welfare was ignored precisely because this was a period of general economic growth. Moving cheap labor from the countryside to the towns, catch-up borrowing of American industrial technology, the ready availability of investment capital, partly from America—all helped to ensure cheap energy prices and major economic growth.

This model came to a grinding halt in the 1970s, a decade of real crisis in Europe. There was political crisis—the revolution in Portugal, instability in Greece, major problems in the transfer of authority in Spain culminating in an attempted coup d’etat in 1981—and also serious social and economic problems, both east and west of the Iron Curtain. Because the communist states, which were relatively inefficient as well as brutal, had nevertheless also benefited from the long boom. But neither the Eastern nor Western European model worked well in the 1970s. The result was a decade of high levels of social problems, economic difficulties, and political instability.

The 1970s also saw, partly as a result, an unwillingness within Europe to confront the international situation. Americans complained in particular about a dramatic under-investment by the Europeans in their defense, their reliance on the American Cold War umbrella, and a lack of certainty of where they were politically."

"The past can never be predicted, and perhaps never more so than when it comes to the German left. Two years ago, we learned that Nobel Laureate Günter Grass -- the literary scourge of all things fascist, especially America -- had himself been a member of the Waffen SS. Now comes another zinger that casts the radical political and social upheavals of the late 1960s in new and revealing light.

The historical surprise concerns a turning point whose ripple effects were felt in Europe and beyond. On June 2, 1967, a West German policeman fatally shot an unarmed, 26-year-old literature student in the back of his head during a demonstration in West Berlin against the visiting Shah of Iran. Benno Ohnesorg became "the left wing's first martyr" (per the weekly Der Spiegel). His dying moments captured in a famous news photograph, Ohnesorg galvanized a generation of left-wing students and activists who rose up in the iconic year of 1968. What was a fringe soon turned to terrorism.

To them his killer, Karl-Heinz Kurras, was the "fascist cop" at the service of a capitalist, pro-American "latent fascist state." "The post-fascist system has become a pre-fascist one," the German Socialist Student Union declared in their indictment hours after the killing. The ensuing movement drew its legitimacy and fervor from the Ohnesorg killing. Further enraging righteous passions, Mr. Kurras was acquitted by a court and returned to the police force.

Now all that's being turned on its head. Last week, a pair of German historians unearthed the truth about Mr. Kurras. Since 1955, he had worked for the Stasi, East Germany's dreaded secret police. According to voluminous Stasi archives, his code name was Otto Bohl. The files don't say whether the Stasi ordered him to do what he did in 1967. But that only fuels speculation about a Stasi hand behind one of postwar Germany's transformative events.
Mr. Kurras, who is 81 and lives in Berlin, told the Bild am Sonntag newspaper that he belonged to the East German Communist Party. "Should I be ashamed of that or something?" He denied he was paid to spy for the Stasi, but asked, "What if I did work for them? What does it matter? It doesn't change anything." Mr. Kurras may be the monster of the leftist imagination -- albeit now it turns out he is one of their own." 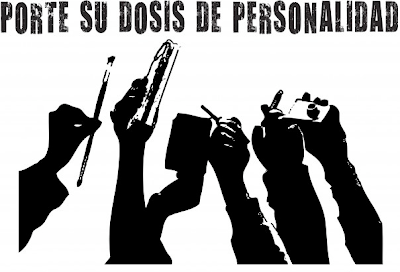 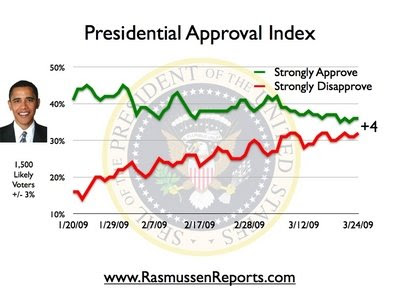 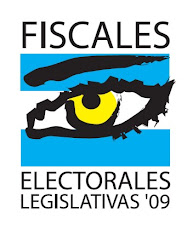